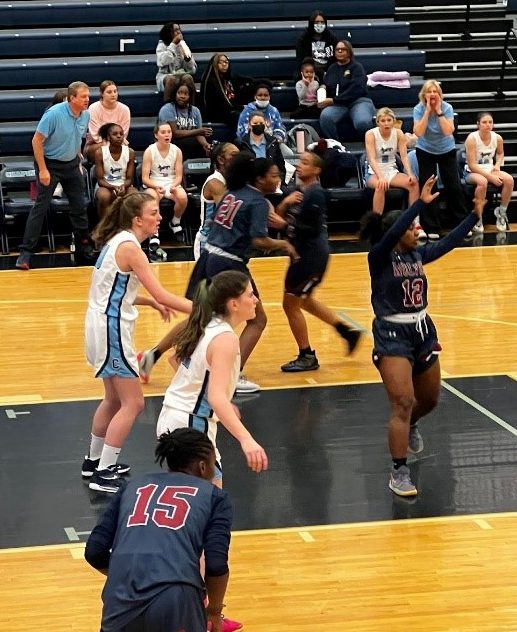 After transitioning to a new coach this year, the Chapin girls basketball team is destined for the playoffs for the first time in six years after beating White Knoll 36-30 on senior night..

Coach Boland took over this year and has made a big impact on the team. Senior Mackenzie Hrica says that it “has definitely been an experience adapting to the coaching style”, but evidently it is working. Players such as senior Erika London (guard) made multiple shots from beyond the arc to propel Chapin ahead. This was all helped by fellow senior Aislyn Jowers (center) who played excellent on the defensive side of the game.

Big contributions were also made by younger Lady Eagles such as freshman Brooke Holmes who averaged 7.9 points per game on the season, Reagan Haggard who averaged 4.8 rebounds per game and 1.6 blocks per game, and 8th grader Keke Wright who has been a defensive specialist throughout the year averaging 1.3 steals a game.

The first round of playoffs will be underway Wednesday February 16th as they take on Sumter.